Severe back pain, pregnancy and how remedial massage changed everything! – A Patient’s Story 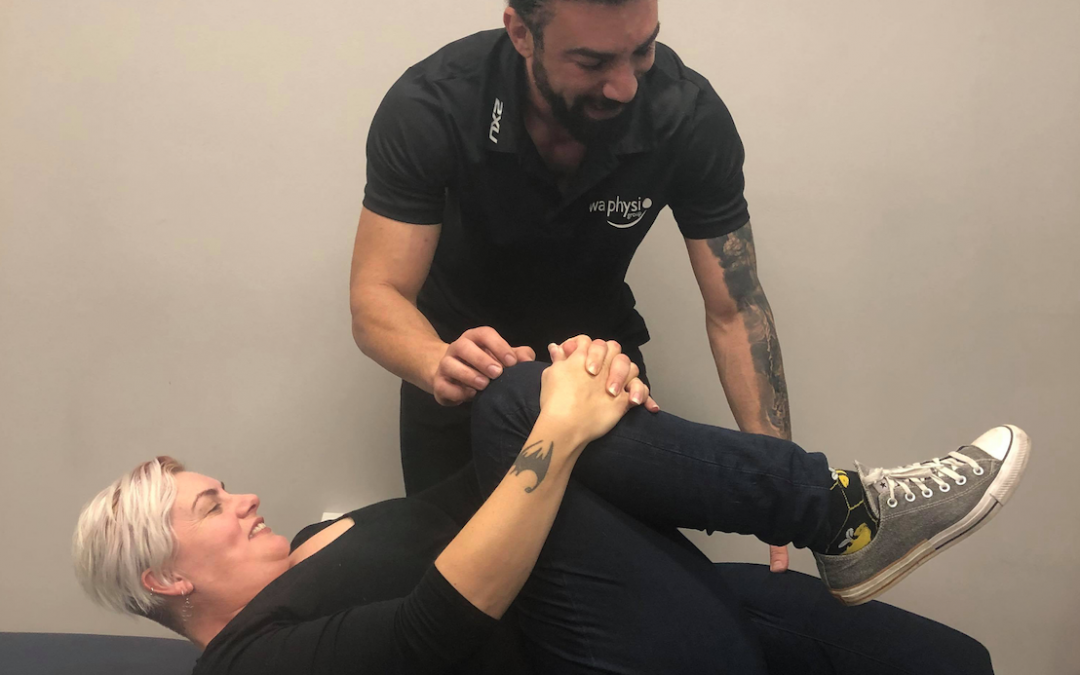 “When everything seems to be going against you, remember that the airplane takes off against the wind, not with it ….”
– Henry Ford

And that was pretty much what happened when a patient knocked on my door for a remedial massage session.

She was a lady in her early forties, pregnant and suffering badly with low back and leg pain.

She was suffering so badly in fact, that she recently consulted a spinal surgeon, who suggested that she needed a spinal fusion. But to be able to do that she had been given the heartbreaking recommendation of having an immediate abortion.

This led to an impossibly difficult situation, but desperate and determined to keep her baby AND get her back pain sorted out we started on treatment.

And this is where our story began …..

‘’ I have lived with back pain my entire adult life. Sometimes it would be very severe and I found difficulty walking, but most of the time I just took handfuls of nurofen and kept moving. I spent a fortune on osteopaths, yoga classes, Pilates, massage and other therapies. They all helped but generally for very short periods of time. Then mid February 2020 I received devastating news, my spine was degrading at a horrible rate; I had 2 bulging discs, arthritis riddled my spine and an undiagnosed, until this point, stenosis was causing paralysis and the extreme pain down my entire right side. Again I was handed insane amounts of pain killers and I was referred to a neurologist. I drank heavily as I was depressed and in unmanageable pain. Then the whole world was thrown into chaos, Covid hit. I didn’t really care. My movement had degraded to requiring a walking stick and sometimes a walker to get around.  I missed everything about my physicality, but mostly dancing and how my independence was being stripped from me.

Then in the second week of lockdown my second unexpected diagnosis… I was also pregnant. I  need to pause here and mention that I am 43, have suffered 6 miscarriages,  had given up trying and was on massive amounts of medication. My partner, my pro-lifer mother, my doctor all wanted me to terminate the pregnancy due to the risk to my health and the risk that I would become paralysed and permanently in a wheelchair.

With covid I was able to access my superannuation so I did. I got health insurance, I paid to see a spinal surgeon who told me that I would need surgery but wished me luck and I stopped everything. I quit drinking, smoking and my painkillers the day I found out I was pregnant. I decided that I was going to fight. I decided that I had something worth fighting for. My partner said right from the beginning “this is the one that is going to stick, because it is inconvenient “.

During this period I went to the pool four days a week, did exercises constantly and tried many professionals to try find a way to help my body carry my little bub. The first trimester was nightmarish. I had horrible morning sickness and every time I threw up my spine would pinch and I would fall. The pain was unbelievable. I tried a bunch of physio options and one such option was remedial massage with Iman Pourazadi.

How Remedial Massage helped me

The first time he worked on me I cried the entire session. I was unsure as to whether it was worth it, but the next day I was slightly more mobile so I booked in for another session. 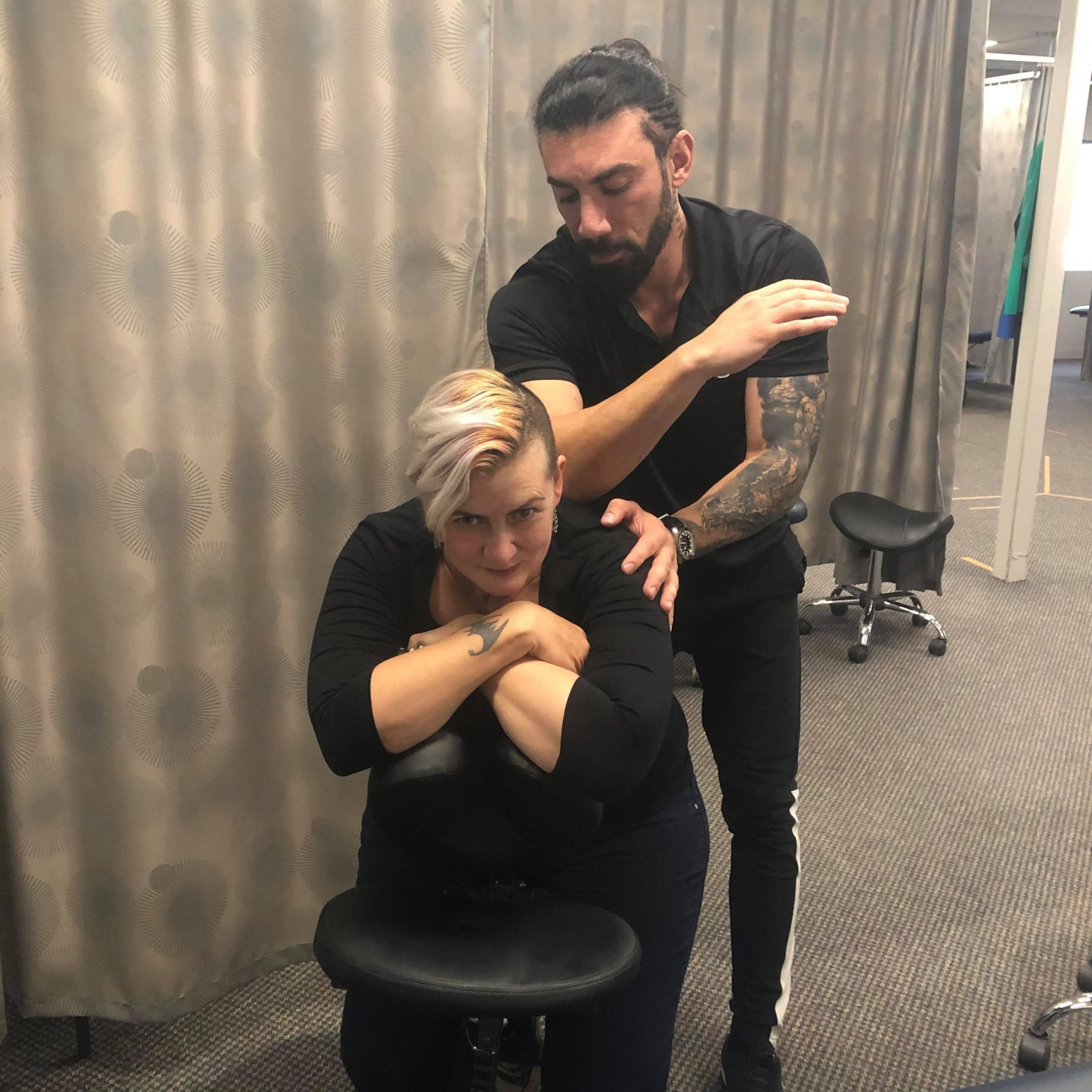 I saw him every week for my whole pregnancy. The work he did made it possible for me not only to keep moving and working but be strong enough to bring my darling daughter into the world. I knew it was going to be difficult, I am allergic to quite a few medications, King Edward and my spinal surgeon were unwilling to risk an epidural (could have left me paralysed) and the complete unknown of what my spine would do during contractions. I don’t think I could have managed without him.

(Photo left, of Sorsha being treated in the  massage chair as she couldn’t lay on the bed due to too much pain).

Iman’s work kept my pain levels manageable,  my body flexible and made my back so much stronger. My spine will never be perfect but I have not been bothered by the stenosis since my second trimester. My right leg no longer randomly gives out and leaves me on the floor and the pain is not never-ending and unmanageable. I still don’t take prescribed pain medication but I am able to keep up with my 4 month old and work my very physical job.

I tell Iman that my appointments now are my insurance to keep everything going right, he keeps me moving’’. 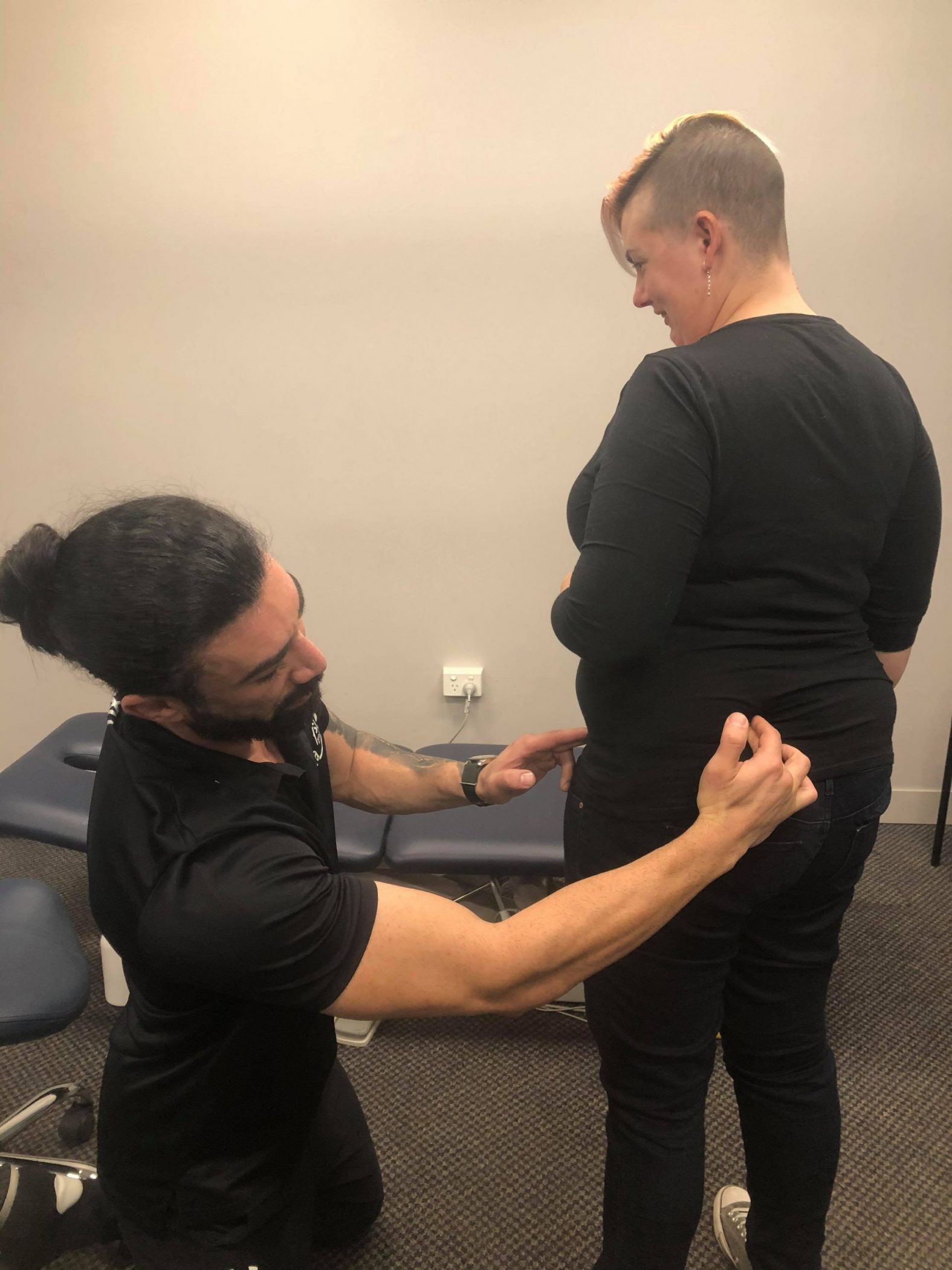 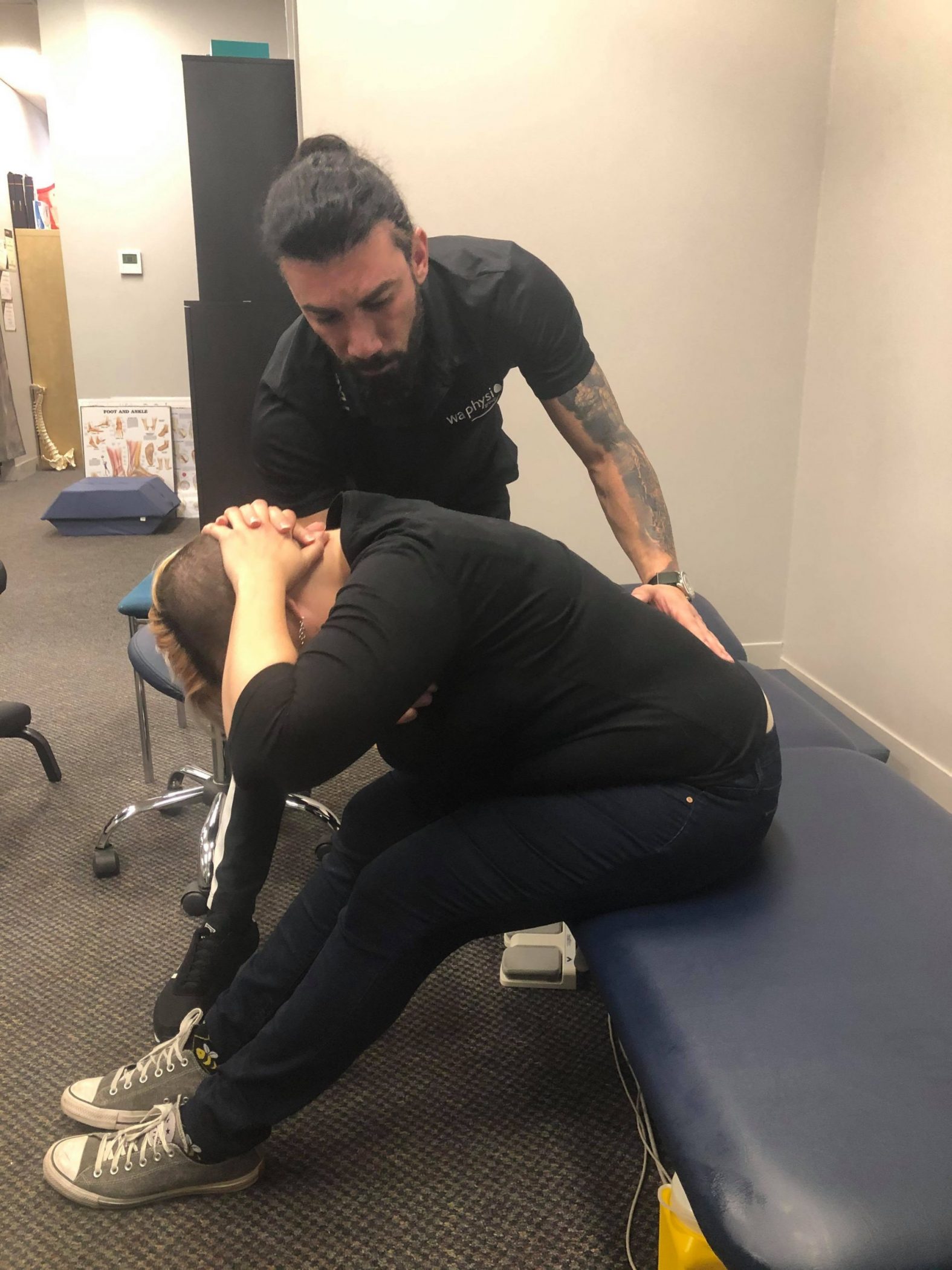 How Iman achieved this result, written by Iman.

My background in myotherapy and sports science was a great help to not only target Sorsha’s tight muscles with remedial massage techniques, but also to design a home care plan for her with appropriate exercises and stretches.

From a very muscular point of view, what we can do with remedial massage is a very targeted manual stretch to open the tight/short overused muscles, while at the same time we strengthen /stabilise other weak and longer than normal muscles with exercises.

A good soft tissue therapist should feel and read the body’s anatomy like Braille. We found an irritated femoral nerve, tight hip muscles and stiffness in the lumbar spine segments and over several weeks all of these problems were addressed.

We had heartening results with each session and knowing that she was steadily getting better meant that we had the confidence to continue on with the same techniques.

We added in other massage techniques (Proprioceptive Neuromuscular Facilitation (PNF) and Muscle Energy Techniques) along with more active exercises that she could do at home. With every session, she gained confidence and moved with less guarding, all while her baby was growing bigger ready for birth.

We did what the spinal surgeon thought was impossible, and I was delighted to help her on that journey to motherhood. 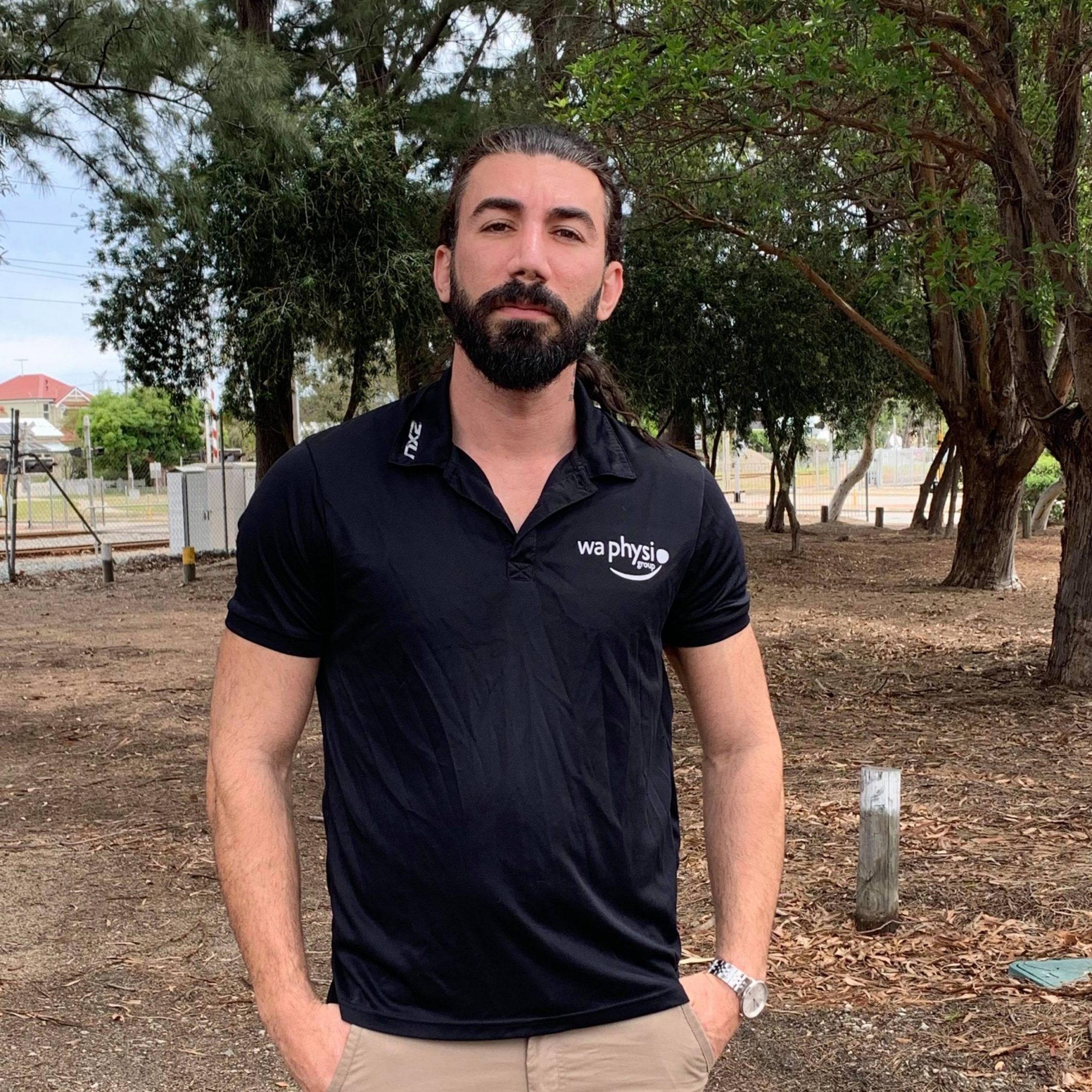 In addition to his remedial massage qualifications Iman has an Engineering degree with a great understanding of body biomechanics.

Iman has a black belt in martial art and used to play for South Perth indoor soccer team.

Iman is a Member of Massage and Myotherapy Australia association and graduated from Murdoch SMTAFE as a Remedial Massage Therapist.